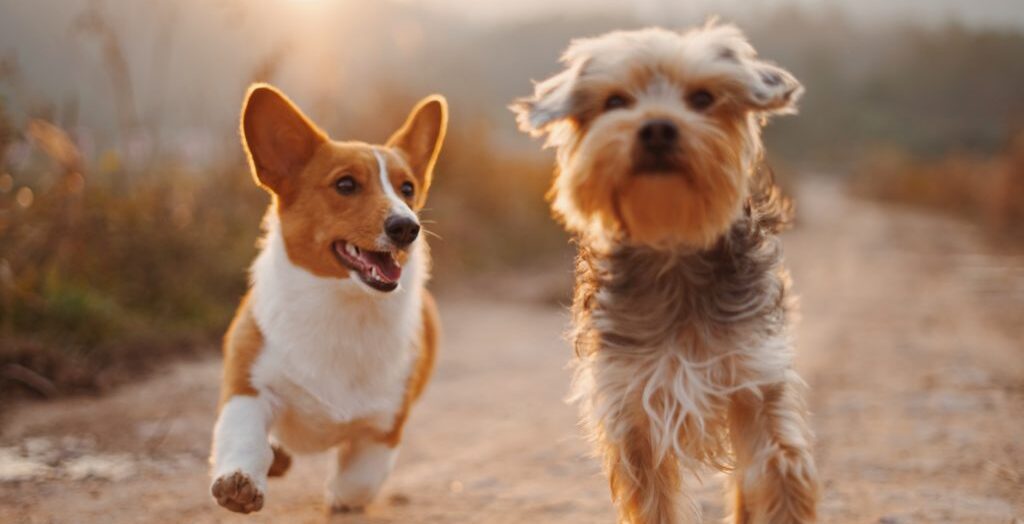 Before you add a second dog into your family, there’s a few questions that need to be addressed. Is it the right time? Will it change your current dogs behaviour, or your dogs relationship with you and your family? A puppy or an adult rescue dog? Same breed – different gender? If it doesn’t work out – will you be able to re-home the new dog?

People sometimes get a second dog as they feel their dog is lonely when at home alone. This often isn’t the case. If you are spending time with your dog, leaving toys to keep them busy and arranging play-dates with compatible dogs, your dog may be quite content. Some dogs just do not want to share ‘their’ family, whilst others thrive on it.

It takes a dog a long time to become fully integrated into a family. If you bring in another dog too soon, bonds that have been formed can be broken. Wait at least two years before bringing a new dog into your family. If you’re considering a puppy, find out how your dog reacts to puppies. Puppies, adolescents, and adult dogs are all different to a dog.

Getting two dogs at once is a popular idea, but seldom a good one.

Spacing the dog’s ages has advantages for both you and for them. From experience I’ve found that five years is a nice age difference for a two or three dog home. By that stage they are well trained, secure within themselves of belonging and willing to help in the training of the new dog!

Opposite sex dogs usually do best together. Many same-sex combinations of dogs will fight (especially females).  The dominant of two males will often become more dominant, whilst a submissive one could be pushed further into submission.

Before adding a second dog, work through how to reliably manage any behavior problems your first dog has. This includes separation anxiety, inappropriate barking, aggression, house-training accidents, etc. All of these behaviors easily spread from dog to dog when they live together.

When introducing a new dog, try to do it on neutral territory. Keep them separated until they show friendly body language towards each other. A see-through fence is good for this, since having a dog on leash disrupts the dog’s body language and can actually cause a fight. Ideally your first dog can be controlled by voice, whilst off-leash in an enclosed area. Then you may only need to leash the newbie.

For the first couple of weeks, the dogs are likely to play a lot as their way of getting to know one another. This may moderate somewhat over time, but if one dog seems to be unhappy about the play, interrupt it without punishing either dog. Dogs are different in how they play.

Try not make a big deal out of any humping during initial introductions, but gently interrupt it before it becomes oppressive to the dog being humped. If the male tries to hump the female and she snarks at him, he should stop and not fight back. If he doesn’t respect her right to say ‘no’, they may not be compatible as family members.

In some situations, adding a second dog will aid confidence, if one is confident and has enough influence over the other dog to bring up that one’s confidence level. On the other hand, a nervous dog can seriously damage the confidence of a housemate dog.

But be aware, anxieties commonly spread from one dog to the other. Aggressive behavior and predatory behavior toward other animal species tend can also be picked up by the other dog in the family too. Also, adding a second dog may more than double your dog expenses and work. When one dog develops something contagious, the other may catch it. They can unwillingly hurt each other in play or fights.

One common reason for adding a second dog is to soften the blow of loosing an elderly dog. Having another beloved dog in the home at this time can help with the pain of lose.
Adding any dog is potentially a life-changing decision for both humans and any dogs already in the home. Be sure to take your time. Don’t do it on impulse because a desirable dog has become available. Consider all the angles and gather all the information before deciding whether or not to add a second dog.

It is a big change in daily life between having one dog and having two. With the resources of time, energy, finances and physical facilities; two dogs in the family can be an extremely rewarding lifestyle. But it does mean the dogs having to share you and lots of other resources, it does reduce the extreme closeness you can have with just one dog, and it may not fit with other things you want from life. Only you can decide.