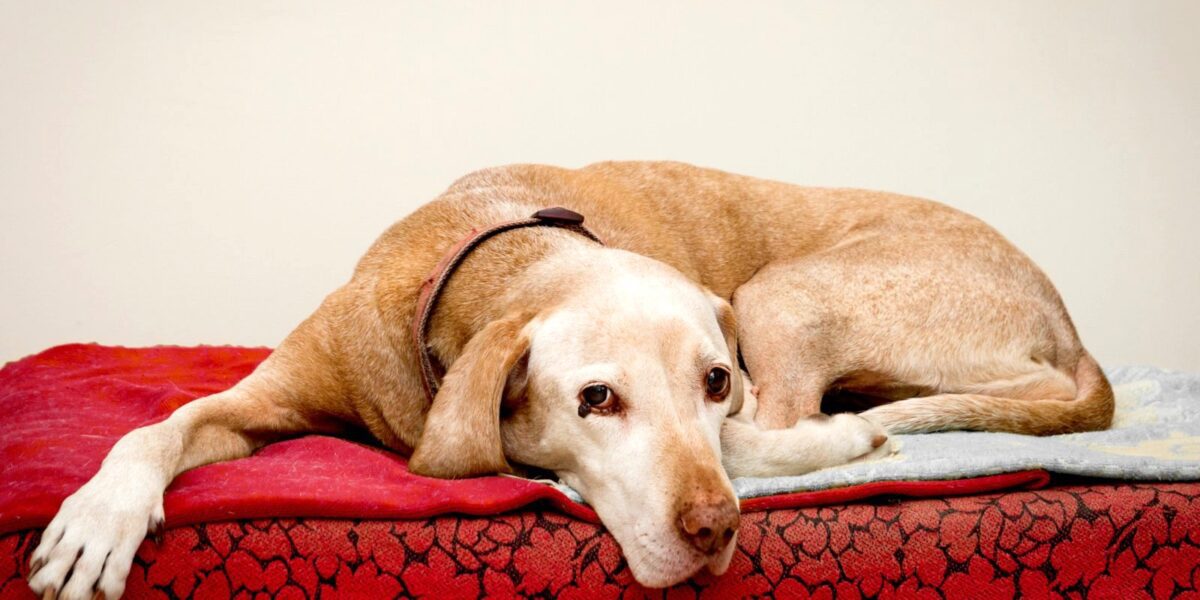 Laryngeal paralysis is a condition in which the nerves and muscles that control the movements of one, or both, arytenoid cartilages of the larynx cease to function. Instead of opening during the action of drawing breath and closing during swallowing, the arytenoids remain stationary in a somewhat neutral position.

The larynx is located in the back of the throat – otherwise known as the voice box. It also serves the important function of protecting the airways from food being inhaled when swallowing. The laryngeal muscles control the larynx which helps close the trachea.

Laryngeal paralysis or paresis, occurs when the muscles attached to the larynx cannot function appropriately. This is due to a problem with the nerves that tell the muscles to pull open the laryngeal cartilages. As a result, the larynx can no longer open as much as it should during breathing. Thus airway opening are narrowed and less air is able to get into the lungs. This can lead to significant breathing difficulties, which can quickly become an emergency situation if not controlled. Sometimes, the ability to eat and drink can also be affected.

Causes of laryngeal paralysis
Mostly affecting dogs, laryngeal paralysis is a fairly common condition. There are a number of potential causes, but most commonly it is idiopathic (an unknown cause). It can also occur as part of a polyneuropathy, which is a progressive degenerative condition of multiple nerves, causing dysfunction in multiple parts of the body, including an enlarged oesophagus (megaoesophagus) and/or hindlimb weakness.

Laryngeal paralysis is more likely to affect middle-aged to older large breed dogs, particularly Great Danes, Labradors or Golden Retrievers. In some breeds – such as Bull Terriers, Dalmatians and Huskies, there is also a congenital form of the condition that occurs earlier on in life.

Other less common causes of laryngeal paralysis include trauma, toxicity or a cancerous growth usually involving the thyroid.

Signs include:
·      Exercise intolerance
·      Trouble eating and drinking
·      Noisy breathing/heavy panting
·      A change (or loss) in bark/meow
·      Coughing or gagging while trying to eat or drink
·      In severe cases, respiratory distress, cyanosis (blue/pale gums) or collapse

The diagnosis of laryngeal paralysis is confirmed by performing a thorough upper airway examination. This is performed under a light anaesthesia and the aim is to visualise the movement of the laryngeal cartilages while the patient breaths. In cases of laryngeal paralysis, movement will be absent or may appear contradictory with breathing (moves in instead of out when taking a breath). The condition can just affect one side of the larynx, or both.

X-rays of the neck and chest are often recommended as they can provide useful information for the vet, about whether other problems are occurring at the same time which may be associated with the condition, such as aspiration pneumonia or megaoesophagus.

Making a cool, calm environment at home is the best thing you can do for an animal with laryngeal paralysis, regardless of their treatment.

Treatment and Prognosis
Laryngeal paralysis is a degenerative and progressive condition, meaning over time it will continue to worsen. However, it is possible in most cases to achieve long term improvement of the patient’s comfort and quality of life. Treatment is aimed at managing the condition, rather than curing it.

In mild cases, animals may respond to conservative therapy alone. This includes environmental changes such as weight loss, controlled exercise and anti-inflammatory medication to control the laryngeal swelling. However, surgical intervention may be required.

There are different surgical options, with the most common procedure being lateralisation of the arytenoid cartilage of the larynx (laryngeal tie back). This procedure pulls one side of the laryngeal cartilages outwards permanently. By doing this, the airways are opened up so that air can flow into the lungs unobstructed.

Ways to help with laryngeal paralysis naturally
1. Veterinary Acupuncture – reactivates the nerves of the larynx which helps it function.
2. Herbal Therapies – can help support the veterinary acupuncture therapies.
3. Weight loss – will help lessen the burden on the larynx, as well as improve the entire health of the pet.

At Home Care
There are some long-term changes that must be made at home for patients that have undergone surgical intervention in particular. These animals may require specific diets and feeding regimes either in the short term post-operative period, or in certain cases, for life. This may include feeding chunks or balls of food slowly at a height, giving enough time for them to be swallowed properly in between. Some animals may also benefit from having their water bowl raised off the ground to face height.

If you have a pet with laryngeal paralysis, it is important to monitor their breathing at home. Animals, with or without surgical treatment, do have an increased risk of aspirating food or water, which may lead to pneumonia. If you are concerned that your animal has aspirated or showing signs of pneumonia (coughing, lethargy, difficulty breathing), then contact a veterinary hospital immediately.