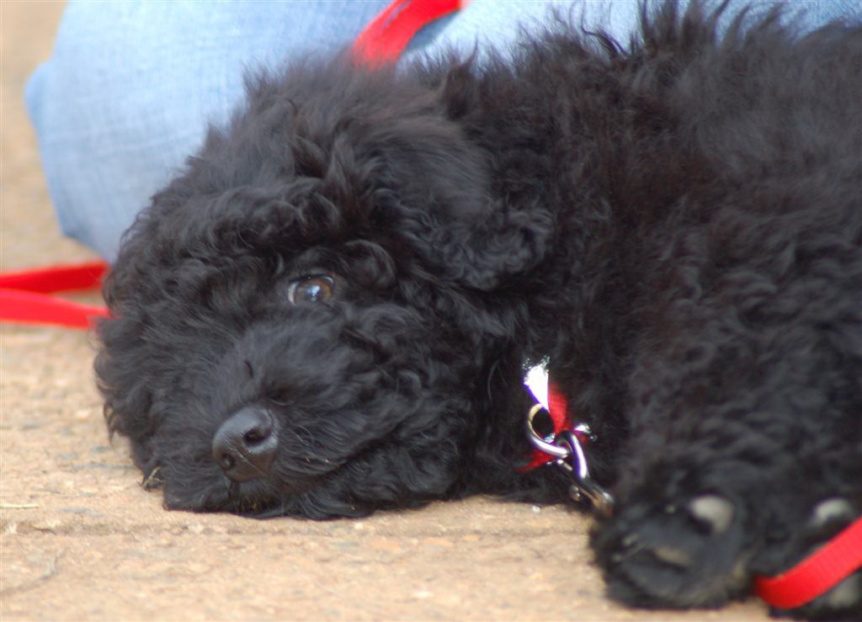 Chocolate is toxic to dogs, cats, birds and other small animals. In susceptible animals, theobromine (found in chocolate) can cause internal bleeding, damage heart tissue and trigger epileptic seizures.

A 7 kg dog eating 500g of milk chocolate is equivalent to a 70kg person eating 5kg – one doesn’t think they’d be feeling too well afterwards either. Chocolate poisoning generally occurs in small dogs less than 10kg. Although certain breeds are more susceptible than others – such as Bulldogs, Pugs and Boxers which have short noses and compressed upper airways.  But that doesn’t make it improbable that any larger dogs will be affected if their ‘sweet tooth’ finds a large enough stash of chocolate to consume. Xmas & Easter are prime times for poisonings to occur.

The methylxanthine poisons found in chocolate are primarily theobromine and caffeine.  The toxicity levels depend on the type of chocolate. Different forms of processed chocolate have varying quantities of these poisons – the most dangerous being unsweetened cooking chocolate and cocoa powder. Next comes dark chocolate and semi-sweet chocolate, then sweetened milk chocolate. White chocolate having only negligible amounts.

Theobromine is a naturally occurring stimulant found in the cocoa bean, it increases urination and affects the central nervous system as well as heart muscle.

By the time a veterinarian gets to see a dog suffering from chocolate poisoning the dog has usually had an acute bout of vomiting and diarrhea. Around 2-4 hours after eating  the chocolate. The dog begins to show other caffeine-like symptoms such as nervousness, excitability, tremors, panting and seizures. Its heart rate and blood pressure increase, leading to urinary incontinence, coma and the possibility of death (approx 12-36 hours after  eating the chocolate).

Most dogs poisoned by chocolate  survive if treatment is instigated quickly. The  aim is to remove the chocolate from the body as soon as possible, reducing its toxic effects, thus the risk of damage caused to the kidneys. Also note – because the poisons can pass across the placenta, there is some risk to puppies in any pregnant bitches that may be poisoned.

Dogs get a taste for chocolate – they find the flavour of theobromine addictive. Even if your dog can eat small amounts of chocolate without any ill effect, don’t give him a taste for it because he’ll then try to sniff out and eat chocolate at every opportunity.

If your dog has a hankering for  chocolate – find an alternative. ‘Dog Chocs’ often contain carob, a safe and healthy treat and keep your stash of chocies well out of  pooches reach.

There is no antidote to chocolate poisoning.  The solution –  avoid it happening!