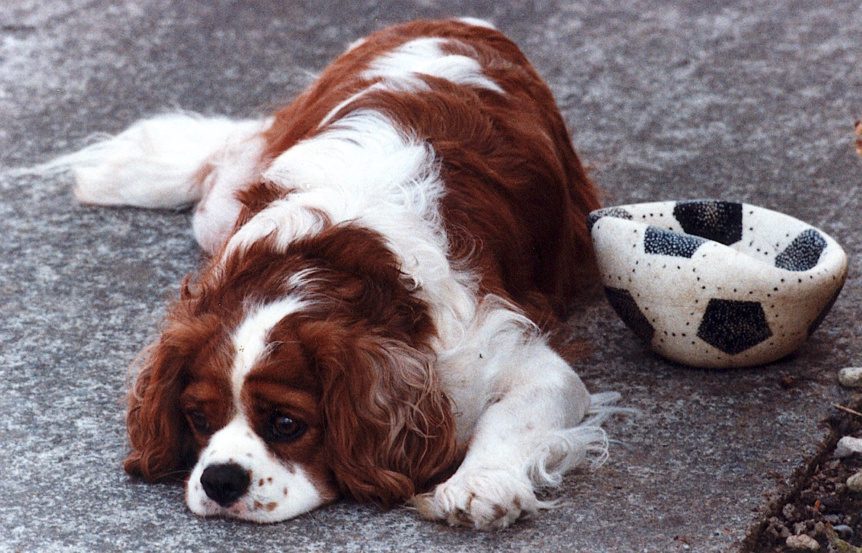 Thyroid problems are the most common endocrine disease in dogs and are often hard to diagnose. There can be a range of symptoms that are detrimental to a dog’s health and yet they are easily blamed on other diseases or illnesses.

What is Canine Thyroid Disease?

The thyroid gland is an Endocrine (meaning ductless) gland, which secretes its hormones directly into the bloodstream. It is located in the lower part of a dog’s neck.

Endocrine glands secrete hormones that help manage and control the body’s basic metabolism — including control of growth and development and maintenance of protein, carbohydrate, and is responsible for the speed of metabolism. Failure of the thyroid gland can mean trouble of one sort or another for the body.

There are two types of abnormal function of the thyroid gland:

Dogs with thyroid disease usually have hypothyroidism, a low production of thyroid hormones.

Symptoms of hypothyroidism:
The condition where the thyroid gland does not produce enough of the T3 and T4 hormones, usually presents with some or all of the following symptoms:

• Lethargy and sluggishness
• Weight gain without a corresponding increase in food intake
• Dry, unhealthy looking skin and a dull coat
• Excessive shedding of the coat
• A lower than normal body temperature, particularly around the extremities

Hyperthyroidism is more commonly seen in cats, and in dogs is rare (less than 10%). The most common cause is thyroid carcinoma, a malignant tumour, although there are cases where it has been a response to treatment for hypothyroidism that has caused the overproduction of thyroxine.

Symptoms of hyperthyroidism in dogs
Hyperthyroidism where the thyroid gland is overactive, and produces too much of the T3 and/or T4 hormones. Symptoms include:

Tumour removal depends on a variety of factors. The size of the tumour, its proximity to the oesophagus and major arteries, and if it’s benign or malignant will help your vet determine the best course of action. Common treatments include biopsy, surgical removal, medication, chemotherapy or radiation.

Thyroid abnormalities and evidence of the over or underproduction of the thyroid hormones are usually diagnosed by means of blood testing, although your vet may need to take scans and x-rays to rule out the possibility of a tumour or cancer affecting the thyroid gland as well.

During the course of treatment, the veterinarian will perform blood tests to determine the functional status of thyroid gland. Regular blood tests are necessary to monitor thyroid hormone levels of the affected dog, and the treatment is stopped as soon the production of the hormones comes within the normal range.

Unfortunately, a clean thyroid test at one year of age does not mean the dog will remain free of disease throughout its life. It is recommend that you routinely evaluate thyroid function for any dog over 7 years of age.

I wanted to tell you what a difference there is in my Corgi dogs arthritis, since starting him on the Ezy Bones. It took about 3 weeks, just as you said it would. So thank you very much, you have another very delighted dog owner on your books!

Cheers Alison,
Toggle the Widgetbar
Do NOT follow this link or you will be banned from the site!