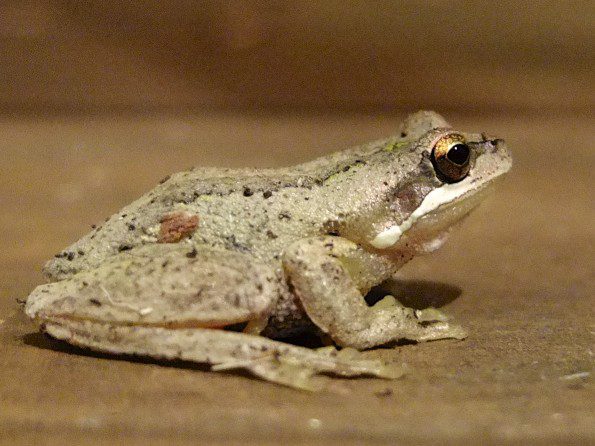 For more than 200 million years frogs have survived. They were around well before the dinosaur, and have managed to endure dramatic climatic shifts – from ice ages to global warming. But today the chorus often heard by many as a child is silent. Those spring nights filled with the sounds of many a hopeful soul, croaking his heart out in search of a mate are mysteriously disappearing.

The destruction of suitable frog habitat is certainly a contributing factor to the frogs rapid decline. But so too is their susceptibility to pollutants and other environmental factors. And then there’s those introduced species of fish that find tadpoles and frogs eggs a delicacy!

As natural ponds disappear due to drought, urban sprawl and the expansion of agriculture, modern garden ponds have become more than just an aesthetic feature to many a home – they are also providing a much-needed refuge for amphibians. Although most frogs that are currently considered to be threatened with extinction occur in remote areas, there is no guarantee that species which occur in built-up areas and are today common, will not become threatened in the future.

In most States of Australia it is prohibited by law to collect or move frogs and tadpoles, as doing so may harm local populations, or unwittingly move frogs outside their natural range. Therefore, it is best to allow local species to take up residence of their own accord in the habitat you have provided, rather than try to ‘plant’ them there. Anyhow, you may well be surprised to find that frogs are already alive and well in your garden, they just happen to be vacationing elsewhere during the breeding season. With a specifically built frog-pond available, the frogs are much more likely to put in for permanent residency.

Frogs play an important part in maintaining the balance of nature by consuming millions of insects daily. By creating a wetland habitat within our urban boundaries, we’re not only offering frogs a safe place to live and breed, but doing our bit towards long-term habitat conservation as well.