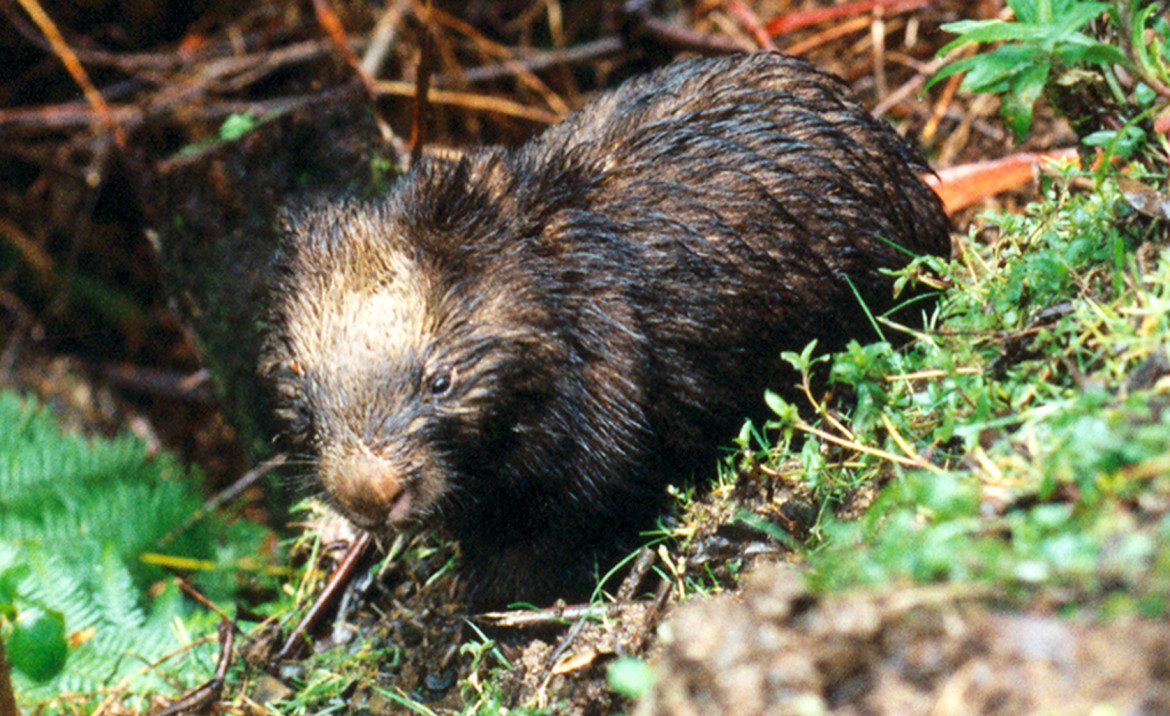 Sarcoptic mange is a disease primarily of wombats caused by a small eight-legged mite, Sarcoptes scabiei. It can also cause mange in koalas, ringtail possums, dogs and foxes. Anecdotal evidence indicates that the mite can be transmitted from dogs and foxes to wombats and vice versa.

Wombats afflicted with mange are itchy, develop fur loss, and thickened crusty skin. This cracks and ulcerates with movement leading to bleeding. These weeping skin ulcers attract flies and maggots. Severely affected wombats often become blind, unable to feed and slowly starve. They are often visible during daylight hours, which is unusual for wombats.

Not all wombats that have mites develop disease. It seems likely that diseased wombats are stressed in some way leading to a less functional immune system. They are possibly the low wombats in the wombat social order. Transmission is mainly by direct contact. However, mites can survive up to three weeks off the wombats, so transmission through infected burrows is possible.

Affected wombats can be treated with ivermectin 300 µg/kg injected subcutaneously once a week for four weeks. This regime can be difficult to maintain in wild individuals. Burrow treatment is not practical. The disease is transmissible to people and results in a red itchy rash. It can also be treated with permethrin lotion.